When the cat’s away the mice will play, and that’s true this April at the house of ideas. Marvel is releasing two one-shots called Marvel Assistant-Sized Spectacular. The premise is the Marvel staff is sick of the A-Listers the Marvel editors seem to favor and want their top picks to get some face-time, which brings us some D-list characters that could possibly be Marvel’s next break-out hit. 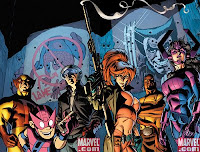 Twenty five years ago, it was the assistant editor’s who revolted at the House of Ideas for a month in 1984. In one of Marvel Comics’ more unique and creative crossover events, they concocted the premise that their editors had gone to the International Comic Con in San Diego, leaving the assistant editors in charge of all the books for the month of January. The result was many of the books featured bizarre, wacky and twisted stories indicated by the markings found at either end of this article. However, their approach to the concept varied between title and creative crew.

Uncanny X-Men Annual #7, for example, ambushed readers. The book had no markings of any kind to symbolize the event, and it started out like any other X-Men comic, helped by the fact it was written by series scribe Chris Claremont. Even when the Impossible Man, a powerful shape-shifting alien, showed up and stole their home, it was still reading like a typical book. It was only when the X-Men chased him around the world as he stole various items and ended up in the Marvel offices with a more stylized art style that the silliness began to take shape. The capper came when the Assistant Editor, Elliot R. Brown, broke the fourth wall to address the readers about the assistant editor takeover for the month. Featured in cameos were Marvel staff including Larry Hama, Michael Golden, Michael Hobson, Jim Shooter, Virginia Romita, Mark Gruenwald and a special appearance by then-President Ronald Reagan.

Alpha Flight #6 also lulled the reader into thinking it was a regular issue. It avoided all cover brandishing in favor of placing the Assistant Editor warning on the title page inside. It also read like a regular issue until writer/artist/creator John Byrne presented a battle between team member Snowbird and a winter creature named Kolomaq in the midst of a mighty snowstorm. The result was 6-pages of pure white panels with only the dialogue and captions describing the action. But, as not to let the reader feel ripped off for the sake of a joke, a 6-page back-up feature was added depicting the origin of team member Shaman. The Assistant Editor, Linda Grant, also got her licks in by putting a message at the end of the book.

Some books were in the middle of crucial storylines and couldn’t derail for the sake of the event. One such case was Iron Man vol. 1 #178, which fell during the acclaimed “Demon in a Bottle” storyline, during which Tony Stark, Iron Man’s alter ego, had become an alcoholic which in turn led to his downfall in life. But before Denny O’Neil could continue his dark deconstruction of Shell-head, future Editor-in-Chief Bob Harras opened the issue with a tale of a group of kids who faithfully imitated their heroes, the Avengers. Learning the real Iron Man was expelled from the team, the kids expelled their own. He turns to drowning his sorrows in soda pop until their enemy dons his own Iron Man “armor” to ruin their good names, driving the “real” Iron Man back to action. Captain America vol. 1 #289 also featured a backup story by J.M. DeMatteis and Mike Zeck where Cap’s then girlfriend, Bernie Rosenthal, dreamt she was Bernie America and fought against an amalgamation of Cap foes Red Skull and M.O.D.O.K. Both books fell under Assistant Editor Mike Carlin’s jurisdiction.

Then there are those whose very premise indicated the humor within. Take Marvel Team-Up #137, the oddball pairing of Spider-Man’s Aunt May and Franklin Richards, son of Invisible Woman and Mr. Fantastic by Mike Carlin and Greg LaRocque. May is turned into the newest herald of Galactus, the devourer of worlds, to have her help him satiate his great hunger. The result is she and Franklin gets him addicted to Twinkles, a parody of Twinkies. In the end, it turned out to be all a dream; first of Peter Parker, then of editor Danny Fingeroth, then Editor-in-Chief Jim Shooter, then Stan Lee, then Galactus, and finally a slue of Marvel readers themselves. And, of course, when David Letterman appears on the cover (or the fact all the Avengers’ heads on the cover are facing away from the reader) could anything but comedy be inside? Writer Roger Stern and penciler Al Milgrom (under the supervision of Assistant Editor Mike Carlin) have The Avengers set to appear on Late Night with David Letterman in Avengers vol. 1 #239, but the villainous Mechano-Marauder decides to make a name for himself by killing them on TV. Thinking he’s winning, Marauder takes some time to have an interview with Letterman, who promptly knocks him out with a giant doorknob, saving the Avengers.

Peter Parker, The Spectacular Spider-Man #86 gave cartoonist Fred Hembeck the chance to do almost an entire issue of Spidey. In a humorous segment that bordered the serious Spidey tale, artist Al Milgrom wants to confront Editor Fingeroth for rejecting some of his art, but instead finds Assistant Editor Bob Denatale (responsible for the Marvel Team-Up issue as well) in control for the issue. He decides to go a new, unique way by having Hembeck draw the story from Bill Mantlo’s script. That is, until Fingeroth returns and tries to salvage that “blunder” by using Al’s last two pages to end the story. The main story itself, it should be noted, was actually a serious addition into the Spider-mythos continuing with ongoing subplots at the time.

Star Wars, while licensed for publication at Marvel, decided to go with the minimalist approach. The entirety of #79 was a standard issue, but there was a single page gag at the end where the assistant editor, once again Elliot Brown, demonstrates how to build your own Darth Vader costume out of common household items. Creator George Lucas isn’t amused and reprimands him. 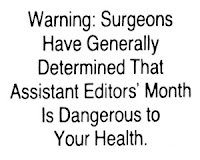 The full list of Marvel Mags of Mirth and Mayhem: