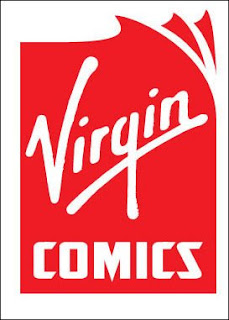 Another independent bites the dust.

Virgin Comics LLC and Virgin Animation Private Limited was a collaborative founded in 2006 by Sir Richard Branson and his Virgin Group, author Deepak Chopra and his son Gotham, filmmaker Shekhar Kapur, Sharad Devarajan and Suresh Seetharaman of Gotham Entertainment Group, South Asia’s largest comics publisher. The principle company was based out of Bangalore, India while the comic branch opened an office in New York City. The goal of the company was, as said by Devarajan, to “create content that not only reaches a global audience but also helps start a creative renaissance in India.”

Virgin had a two-fold vision:

The creation of original stories and character properties that tap into the vast library of mythology and re-invent the rich indigenous narratives of Asia in a unique, compelling, and entertaining way.
Collaborating with creative talent from around the world—from filmmakers, to writers, to musicians and other artists—to craft original stories and character properties initially in the form of comics and graphic novels subsequently to be developed into films, television, animation, gaming, wireless content, online, merchandise and more.

Virgin Comics’ initial lines were their flagship Shakti, Maverick and Director’s Cut. Shakti, which means power in Sanskrit, feature Indian mythology, art, history, classical stories and other related themes with a modern twist. Devi, by Siddharth Kotain featuring a modern take on a very ancient myth, and The Sadhu, by Gotham Chopra about revenge from an individual who was once a mystic, were the first titles released. Other titles included Ramayan 3392 A.D., The Asura Analogues, Beyond, Blade of the Warrior: Kshatriya, Buddha and others. 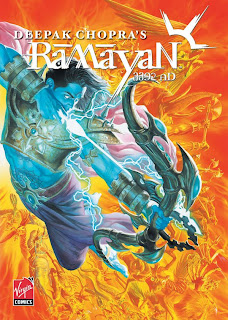 The Maverick line, later renamed Voices, was intended to feature both new talent and comics presented by actors and musicians. The first was by Eurythmics frontman Dave Stewart called Dave Stewart’s Walk In #1, written by Jeff Parker and loosely based on his real life experiences as a young man doing stage shows while suffering from moments of memory loss. Nicolas Cage and his son Weston brought out their story Voodoo Child with writer Mike Carey, set in a post-Katrina New Orleans and heavily featuring Voodoo Mythology. Porn Queen Jenna Jameson teamed up with writer Christina Z. to present Shadow Hunter, about an attractive woman who finds herself facing off against legions of hell. Other titles include Masked Magician based on the character from Breaking the Magician’s Code, The Stranded in a venture with Sci-Fi Channel, and an upcoming Hugh Jackman project called Nowhere Man. 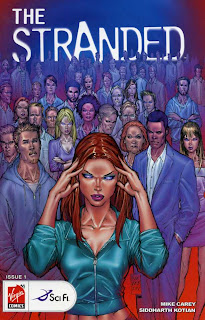 The Director’s Cut line was designed to showcase the work of film directors and give them the unlimited freedom to do stories that might be impossible to do on screen with things like budget constraints. It was a big draw because of its ability to give directors a springboard with which to approach Hollywood with their ideas. One of their biggest and most hyped titles was John Woo’s Seven Brothers, a Chinese folklore with a modern twist added by writer Garth Ennis, and was too be the line’s debut comic. However, that honor fell to Snakewoman by Kappur and artist Zeb Wells. Another successful title was Guy Ritchie’s Gamekeeper, set to become a Warner Brothers motion picture that begins filming in 2009. Also in the line was Edward Burns’ Doc Walloper and Jonathan Mostow’s The Megas. 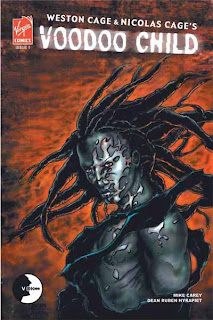 Virgin had also looked into a foray into graphic novels, including the environmental children’s book The Econauts. At New York Comiccon, Grant Morrison was said to be working with Virgin to produce websidoes based on the Mahabharata. They also started Coalition Comix on Myspace where users could suggest ideas for a comic. The first to come from that was Queen’s Rock by Mike Carey.

On August 26th, 2008, reports came out that Virgin had shut down its New York office. The company announced a restructuring plan with a relocation to Los Angeles. In September, it was announced that the company would be renamed Liquid Comics after a management buyout. Virgin will still own the rights to the comics its produced, and Liquid looks towards the future and continuing the initiatives which Virgin had started. Gotham Entertainment, which was kept as a separate entity, remains unaffected by all the changes. It’s reported Virgin’s troubles came at the withdrawal of Branson’s Virgin Group, which is suffering from its own financial troubles due to the current economy. But, publisher Devarajan is confident that they can continue to make comics without Branson like they did before.
Posted by Estella at 6:05 AM

Welllll, I'm super sceptical of celebrity projects but that Indian comics line looks pretty wicked. Thanks for writing about it!